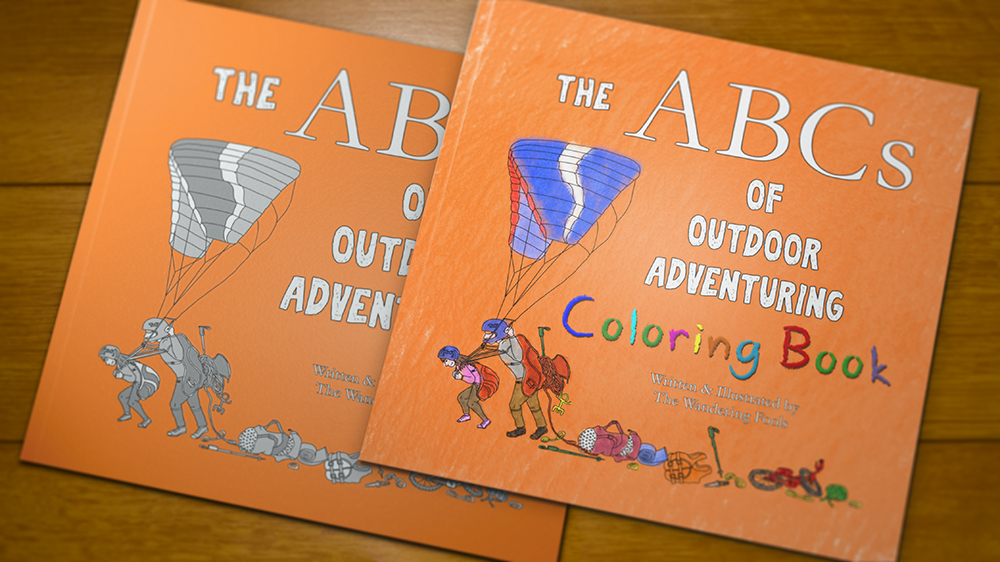 Build Your Personal Library With Books From The Fools

The ABCs of Outdoor Adventuring: Peek Inside

The ABCs of Outdoor Adventuring is a hand-illustrated book that teaches the ABCs by relating each letter to a fun outdoor adventure or concept. Readers grow their vocabulary while learning hiking, rock climbing, water sports, and camping terminology. Anyone with a love for the natural world – from casual day hikers to experienced surfers and ambitious mountaineers – will want to share this book with the young learners in their life.

The ABCs of Outdoor Adventuring Coloring Book contains the same imagery as the original ABC adventure; however, readers can color the illustrations and personalize the book by writing about their own favorite activities. Each alphabet letter is also accompanied by a practice area where young learners can sharpen their penmanship skills in both upper and lowercase lettering.

Our Books In The Wild

Innocently share an idea with your partner. Throw in 3 months of late nights spent drawing, scanning, and inking. Sprinkle in some arguments. Second guess 74% of your creative decisions.  Start to resent the project. Consider quitting. Power through. Voila: two books are born.

That’s basically it. But for the really curious, read on for a longer account.

The first thing we did was spend a lot of time coming up with a list of concepts/sports/adventures for each letter of the alphabet. It was a lot harder than we expected: a lot of times we would have three or four really good ideas for a particular letter and zero for another.

After every letter was assigned a vocabulary word, Mr. Fool sketched rough drafts. We critiqued the sketches, and Mr. Fool refined his drafts until we were satisfied with the final concept.

When the sketches were finalized, we scanned them and used our favorite design software to clean up the images. Early on, we thought the illustrations would be simply colored with shades of gray and black. But as we began the process, it was clear the drawings benefited from some splashes of color for depth.

After the inking and coloring were finished, we exported images to a book-assembly computer program.

Once the book was compiled, we ordered proofs from the printer and found an online retailer.