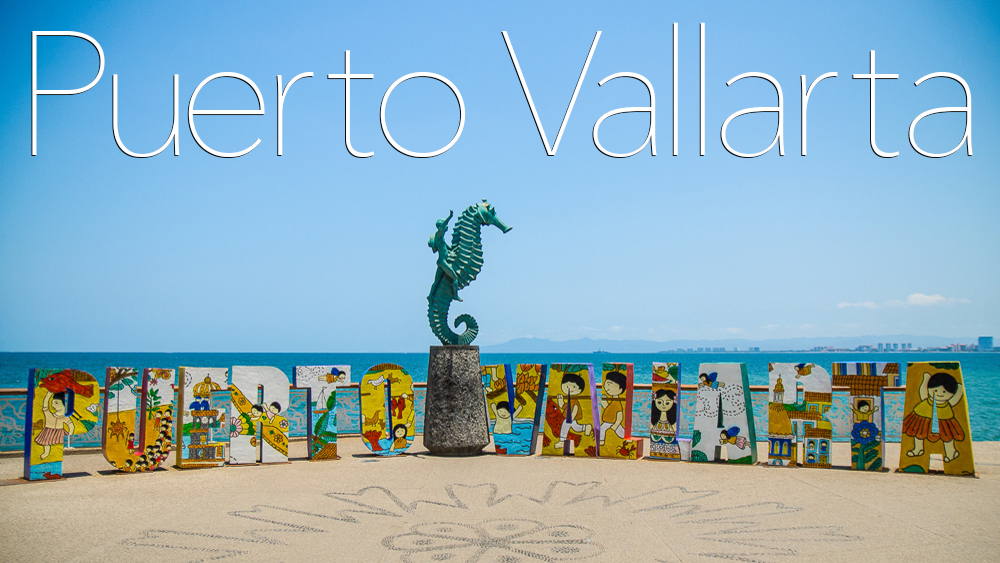 Jetting Down To Puerto Vallarta, Mexico

After spotting a too-cheap-to-pass-up hotel-and-flight deal, we booked a 5-night trip to Puerto Vallarta, Mexico. Many water sports enthusiasts head to Puerto Vallarta for kitesurfing or scuba diving. We, however, had no particular goals or plans – a rarity for the couple who usually has at minimum a list of sights and an eatery or two to visit. (Heck, we even managed to turn a 12-hour layover in Switzerland into a whirlwind day trip.) But sometimes there’s pleasure in not having an agenda. So, with a come-what-may attitude in mind, we headed south of the border.

How We Did It

This was our first international trip using Southwest Airlines. If you fly out of LAX, as we did, note that you have to check in at a domestic terminal and then catch a shuttle to the international terminal. So plan to arrive early.

We stayed at the Sheraton Buganvilias Resort. For the most part, it was nice: clean with a beautiful pool and accommodating staff. However, multiple floors were under construction. So we sometimes had hammering or sawing interrupt afternoon naps or wake us up before we planned.

No car rental. Aside from taxis to and from the airport, we walked. For better or for worse, Puerto Vallarta caters to tourists. So we never once felt unsafe.

Lots and lots of walking. Paseo Díaz Ordaz. Malecon boardwalk. Over the Río Cuale to Los Muertos Beach. Again, we were in this trip primarily to take it easy. So there were no fabulous day trips planned. Just lots of sun on the beach, nights reading while lightning flashed outside our window, and plenty of eating – though not at our hotel. After one meal there, we decided to eat elsewhere. Not only was the food overpriced, but it was also rather bland. We also ate lots of ice cream, crepes, and street tacos at various stands. Flavor-wise, the ice cream can be hit or miss. But it’s cheap enough that you can’t complain.