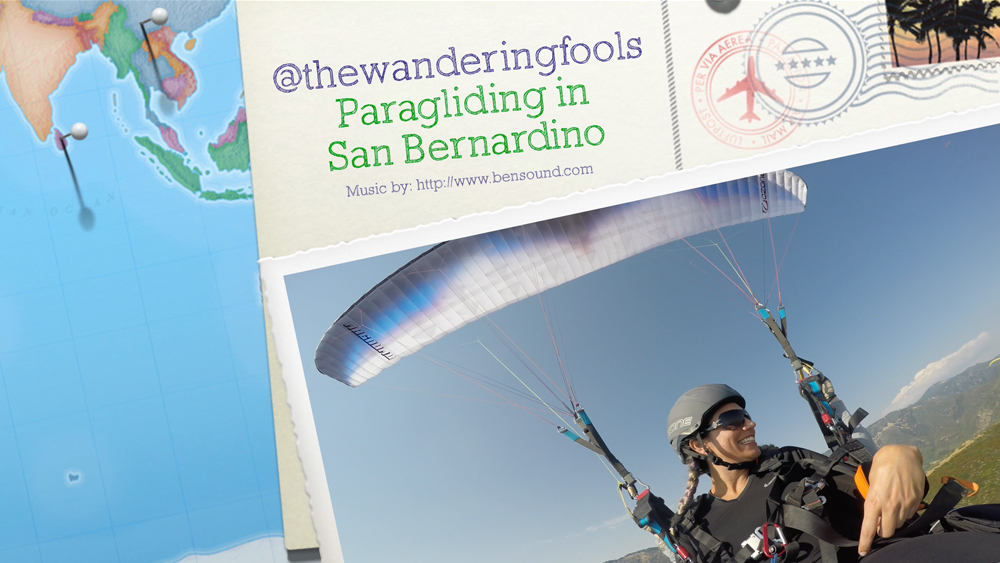 This story brought to you by Mr. Fool

It all started one summer day in Malibu, CA, circa 2009. While rock climbing with friends, I met a solo climber, Steve, who ended up joining our group for the day. That evening, before we parted ways, our new friend put forth an offer: free tandem paragliding flights as a thank-you for our kindness. At the time, I had zero knowledge of the sport. I didn’t even know what paragliding was. So naturally I said, “Sure! Why not?”**

I met up with Steve on a hot September day. We hiked a couple thousand feet up a weed-filled hill and waited for favorable launch conditions. As we waited, Steve explained to me the fundamentals of flight. He pointed out features of the terrain he looked for and the basic physics of how to stay aloft.

When the conditions were judged “right,” Steve spread out a soft nylon wing, hooked us into our own harnesses, and away we went.

When I was a kid, I dreamed of being able to fly. On that day with Steve, it felt like those dreams had come to life. We flew around for roughly an hour, soaring along the hillside, using columns of rising warm air called thermals to circle higher and higher. Even though we were sitting in a fabric chair attached to what was essentially a large kite, completely exposed, the ride felt stable and relaxing. It was also a rush. By the time we landed. I was hooked.

But I wouldn’t fly again for years.

Shortly after that flight, my job changed. I bounced around the United States and among several countries. I thought about that flight often and hoped I could learn to pilot my own wing one day. But I didn’t have the time or the locational stability to keep up any hobbies back then.

By chance, work took me back to California. And once again, while out climbing, I met another paraglider pilot. I didn’t waste any time: I got names of instructors. My first paragliding lesson was shortly thereafter.

Piloting came naturally to me, and I quickly progressed with my instruction. I flew at multiple domestic and international locations and completed courses on advanced maneuvers and cross-country flying techniques.

Mr. Fool taking a friend for a tandem flight in the San Bernardino mountains

Last year, I began pursuing my tandem instructor license, which would allow me to do for others what Steve did for me: share the experience of flight.

I have since become a qualified tandem pilot, and now I take my friends flying whenever I have the opportunity, hoping that some will also catch the bug and decide they want to become pilots as well. For me, there is nothing like it. You see the world from a perspective you never knew was there.

**Disclaimer: Paragliding is a dangerous sport that should only be done by qualified individuals with the proper training and licensing. If you happen to be in Southern California and want to take a tandem flight or sign up for paragliding lessons, we recommend you contact Atmosphere Paragliding.